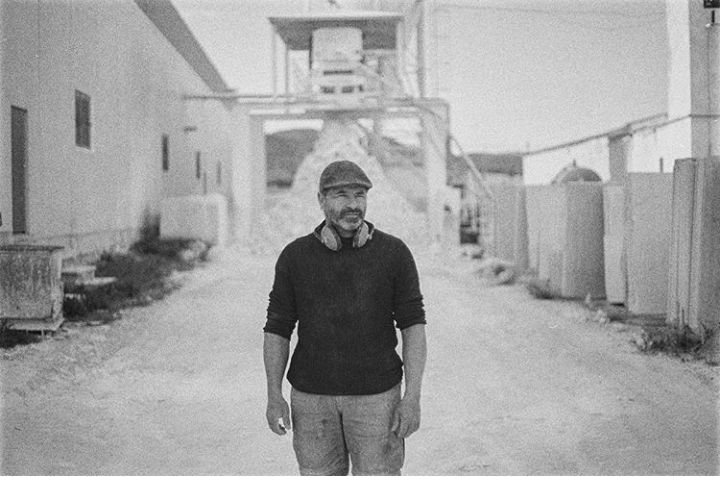 Antonio Soler is a Spanish artist born in Lorca in 1969. His studio is currently located in Madrid. A sculptor of the trade, he has dealt with all kinds of materials and challenges for decades. With a clear predisposition for marble, Soler manifests a technique never seen before on this material. With baroque soul and through an expressionist prism, extrapolating loose brushstrokes to stone, he tears hidden emotions and illusions into space.

Son of an artist, he excelled in drawing and music from a very young age, studying at the Superior Conservatory of Music and winning prizes at local and national levels in the field of the visual arts.

He is a self-taught sculptor with an innate ability for this art. He made his first large-scale sculpture at the age of 17. We must consider that the result of the practice of this art is, apart from the innate ability to develop any sculptural technique, the sensation of having done it before. A feeling that he shares with the people that have taken part in his artistic life. He has always said that he was born a sculptor: “The path of the artist is made not of searches but of encounters”.

A phrase that is not his own and that defines him: “he has proved all in all materials”. From solitude and the artistic sensibility inherited from his fathe stems the conviction that, to be authentic, a lot of faith in yourself and in your own ideas and works is necessary; because this path is travelled in solitude.

Inspired by sculptors from different periods such as Bernini, Ernst Barlach, Rodin or Brancusi and painters such as Goya, Egon Schiele and Dalí, among others, he has always sought volume and shadow, transferring them to his sculptures as if they were paintingsas if it were paintings. For him, creation isn´t understood without the prior and vital need of expressing a feeling and stirring in some sense the inner self of the person that beholds the work. Antonio Soler’s works have been described as hypnotic.

Artistic evolution and the contact with all kinds of noble materials have made the arousal of interaction and communication between human beings the aim of his Works when they come into contact with spectators. He thinks they somehow express how we are, how we perceive our exterior and inner worlds; from hence stems the need to express an idea or a feeling. The restlessness and nonconformity he discloses when it comes to carrying out his Works technically leads to his constant pursuit of new solutions in order to meet his expectations in different materials and styles. Thus, his artistic career is a constant learning path; a constant search of his new opus. This way he teaches us that he is reflecting constantly and that he does not belong to any particular place. His origins and forms of expresión are always different.

Although of Baroque roots due to his pursuit of shade and volume, his natural evolution is expressionistic; where he feels comfortable. Describing the human being in a subjective way, he prioritizes the expression of feelings rather tan the objective description of reality. 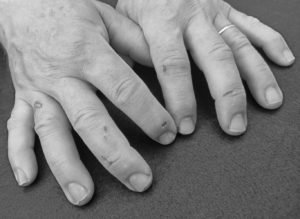 Inflicting the idea on matter with hands bare of fear, Is an ode to talent. 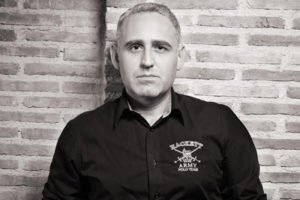 Antonio feels the stone. As so many sculptors do. But his genius lies in the fact that the stone also feels his pulse when he caresses it. And it shakes, it shudders in an ecstasy that becomes in splendid forms so many centuries there imprisoned. That’s when the author and the piece become one and so they will beat together for generations. It is enough to contemplate his creations for a moment to feel that the greatest achievement of this universal Murciano is to endow them with the only thing that nature failed to give them: an immortal soul. 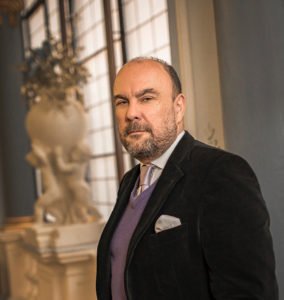 Through a natural language he trails the movement with the line of a purity specialist, tending to abstraction. In his artistic creation the taste and joy for the madness of art wins, the wild, and also the most dramatic naturalism. 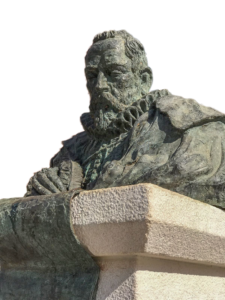 On the occasion of the 400th anniversary of the writer Miguel de Cervantes, A. Soler created this impressive work.

On October 1 it opens next to the main door of the Faculty of Letters of the University of Merced in Murcia.

In the 9GAG project Antonio Soler was chosen internationally to make the largest time capsule in history. For content, 9gag selected memes by user vote. Over a week, the vote attracted 623,256 users from 114 countries.

The chosen memes were carved by Antonio Soler on a 28-ton stone slab that was buried on April 19 somewhere in the desert in Spain (the exact point has not been revealed). 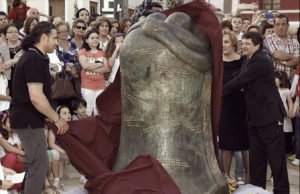 After the seismic disaster in the city of Lorca, Soler created and donated a work in commemoration to all those affected.

The work “Consuelo” is surrounded by phrases of support provided by the youngest of the city, since Antonio wanted the future of the city to be symbolized by those who will make it and live it. 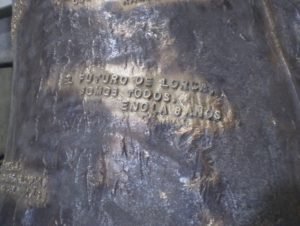 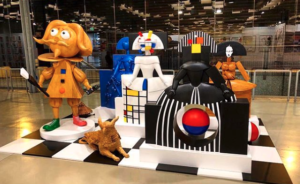 Antonio Soler participated as artistic co-director of the work “El sueño de Velázquez” created for the artist Pedro Sandoval for the 2019 Florence Biennale. The piece won second prize in the contemporary art and design contest.

Soler co-directed the team of sculptors for the adaptation of the samba wood project. 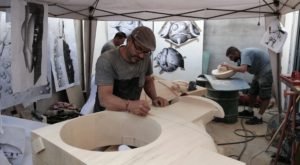 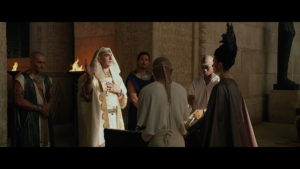 Under the orders of the award-winning artistic director Benjamín Fernández, Antonio Soler worked as a sculptor for the set of the Fox blockbuster produced by film director Ridley Scott in Almeria.

Carrying out an ambitious process of sculptural and architectural reconstruction based on the Egyptian era. 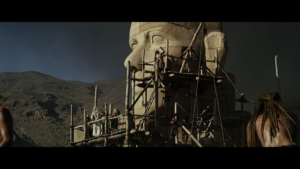 "My brain goes ahead of my hands"